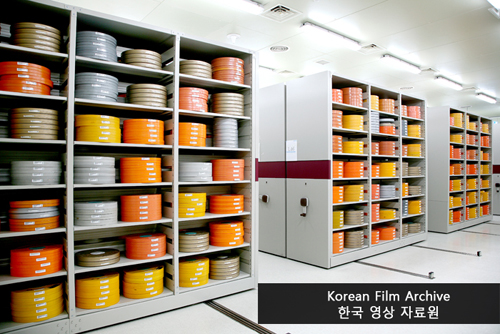 The Korean Film Archive has teamed up with Google to provide free South Korean films on YouTube with its very own channel devoted to classic cinema.

The Korean Classic Film Theater includes a wide variety of films – over 70 and counting so far, ranging from the 1930s all the way up to the mid-1990s. This is an invaluable resource for cinema fans and Korean history buffs. The majority of the films in this collection come fully translated with optional English subtitles. Some of the films are even available to watch in HD video (720p or 1080p), but for now most are in standard definition (360p or 480p). The best part about this amazing project is that it is completely free for anyone who has access to YouTube (though a Google account may be required). You may wish to subscribe to the channel if you enjoy what you see, but it isn’t necessary.

Since launching last year, more and more films have been uploaded, and additional films will be added as they become digitised. The Korean Film Archive’s main headquarters (including a cinema museum) is located in Sangam-dong, Seoul. You can also access the archive’s treasures from the Korean Cultural Centre in London.

Here are five films to get you started if you are unfamiliar with Korea’s cinematic history. Just click on the linked title to view the full film on YouTube (NOTE: you may need to wait a few minutes for it to load properly).

1. Sweet Dream (Mimong/미몽). Added last month, this is the earliest film in the lot. ‘Sweet Dream’ (aka Lullaby of Death) was released in 1936 in the middle of the Japanese occupation of Korea. Because of this, unremovable Japanese subtitles are still imprinted on the film (vertically on the right-hand side of the frame), which may distract from your viewing experience. The sound quality isn’t great either. Still, it is worth seeing for its historical significance as you get to see what Seoul (called ‘Gyeongseong’ during the colonial era) looked like at that time. It’s also short at only 48 minutes.

2. Aimless Bullet (Obaltan/오발탄). Available in HD, this is one of the first films made by the Korean Film Archive online, and for good reason: it is often called the greatest Korean film ever made. Produced in 1961, it is a harsh look at life in poverty-stricken post-war Korea, directed by Yoo Hyeon-mok. In B&W, with two sets of English subtitles (one removable) due to the lack of original source materials.

3. Prince Yeonsan (Yeonsan-gun/연산군). A “typical historical drama from the early 1960s”, says the Korean Film Archive. This lavish film is available in high-definition which shows off the widescreen cinematography in colour quite well. The plot involves conspiracies in the court of a famous king.

4. Chil-su and Man-su (Chilsu wa Mansu/칠수와 만수). Made in the late 80s as Seoul was about to host the Summer Olympics, this is an enjoyable comedy from director Park Kwang-su which stars two popular actors – Ahn Sung-ki and Park Joong-hoon.

5. The Taebaek Mountains (Taebaeksanmaek/태백산맥). Actor Ahn Sung-ki returns to star in this epic production from acclaimed filmmaker Im Kwon-taek who was invited to London last year for a retrospective look at his long career. This is the most recent film on the list and it tells the tale of a man caught in the middle of a divided Korea in 1948. The title of the film refers to a famous mountain range in eastern Korea that links the North and the South.