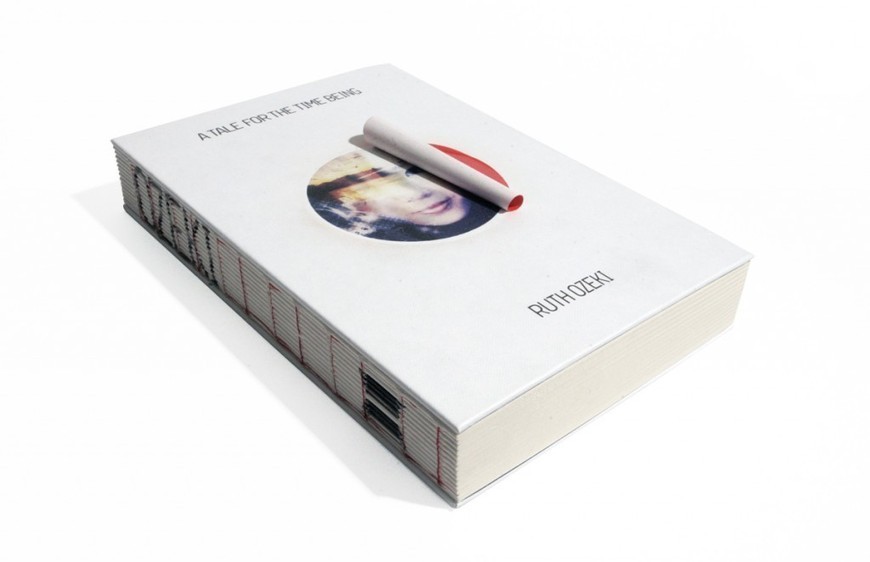 Asian Global Impact is proud to present this one-on-one interview with Man Booker Prize nominee Ruth Ozeki, a Japanese-American/Canadian author whose recent novel ‘A Tale for the Time Being’ made it onto the Booker shortlist alongside five other works from Britain and the Commonwealth. The Booker Prize winner will be announced the evening of October 15 in London at a special dinner. ‘A Tale for the Time Being’ has won acclaim for its honest depiction of a young Japanese girl’s struggles to find meaning in the chaos that surrounds her. The atmosphere of Tokyo, a Buddhist temple in the mountains, and a wet and windy island in British Columbia are all equally well depicted. While the subjects it tackles may be dark at times, the book is also filled with warmth, humanity, humour and profound insights.

AGI: I heard that you were trying to read all of the other books nominated for the Booker Prize aside from your own. Have you managed to achieve that goal?

Ozeki: Well I read some of the long listed titles, including Tash Aw’s ‘Five-Star Billionaire’ which I thought was excellent and was sorry that it was left off the shortlist, but now I’m just finishing up Jhumpa Lahiri’s ‘The Lowland‘ [on the shortlist]. I don’t think I will be able to get through them all by tomorrow, though, unfortunately!

AGI: Of course the big news in the past week was that your fellow Canadian author Alice Munro won the Nobel Prize for Literature.

Ozeki: Yes, I don’t think there was a Canadian or any writer around who wasn’t overjoyed to hear that. She is an amazing writer and she really deserves it.

AGI: But she works more with the short-story format whereas you seem to prefer novels, correct?

Ozeki: Yes, I have written a few short stories, but my mind seems configured to longer, more confusing kind of arguments. I have a much more discursive mind – not that it’s necessarily plot-focussed, but it tends to be longer than what can fit into a short story. But I keep promising myself that I’ll explore that genre more because there is an awful lot there.

AGI: Well you do deal with a lot of different subjects in your novel ‘A Tale for the Time Being’, including quite a few difficult and real-life situations, such as bullying, 9/11 and the Japanese earthquake and tsunami disasters. Was it hard for you to give the proper respect to those subjects (which I feel that you were successful at) when you were writing the book and what was your thought process behind that?

Ozeki: It’s not that I planned to put any of that stuff in the book originally, it’s just that I was thinking about it and my writing process reflects my thinking process. I was thinking very much about power and balance. What strong people do to weak people. And I was reacting to the first decade of the millennium, and of course 9/11 was such a huge defining event which you can’t ignore. And when I was just about to submit the manuscript to my editor in 2010, the earthquake in Japan happened. And I had friends in Sendai and I was trying to get in touch with them and I just felt so helpless watching terrible images coming in from the news. And I was aware that my novel was no longer relevant in this post-earthquake, post-Fukushima world. It raised this question for me as a fiction writer – how do I respond to these events in the moment? So I decided I needed to rewrite the book and step in as a character in the book, albeit a fictionalised one.

AGI: Have you been to Japan since that happened?

Ozeki: Not yet, but my husband and I are planning to go there next March.

AGI: And what do you think about how the Japanese government has dealt with the situation (particularly in regards to the nuclear issue)?

Ozeki: Well, I can only tell you what I’ve been reading through the media and what my friends in Japan have been telling me – which are two very different things! But it seems like every couple of days or so we get another news story about Tepco’s mismanagement of the nuclear situation, and it’s very disturbing. But on the other hand it has been interesting to see the groundswell of reaction to this – the sense that we can’t trust the government and large corporations so we need to find some way of dealing with this ourselves. I’m very excited by the grassroots radiation monitoring movements.

AGI: Can you talk a little about the UK edition of the book, because the design is quite unique (and different from the US and other editions)?

Ozeki: Well the novel is now being printed in 22 countries – and each one is different. The spine on the UK hardcover is called a Nepalese binding or a Coptic binding. The cool thing about it is that it lies flat wherever you open it. I like the idea of a partially deconstructed book because the novel is about the deconstruction of language to a certain extent. And of course it also references old Japanese books and the idea of the journal that Nao [the main character] keeps in the novel.

AGI: And you got ordained as a Zen Buddhist monk a few years ago. What are your duties in that role?

Ozeki: Well I’m still very much in training. It’s a long process. There are residency requirements, and I just continue studying with my teacher, doing retreats, studying texts and reading a lot of Dogen, and learning the liturgy, the ceremonies, and so on.

AGI: I also heard that you used to work as a filmmaker. Is that something you’ve abandoned completely or would you like to come back to it at some point?

Ozeki: Yes, yes, that’s right [laughs]. I wouldn’t come back to it in a full-time way, but I did recently do a book trailer [for ‘A Tale for the Time Being’] which is on my website; I made that. I thought it would be fun to do so my husband and a friend and I put it together over a weekend. But the kinds of films I was interested in making were never going to be commercially successful. As a filmmaker, you have to be a real business person, spending a lot of your time raising money and I’m not interested in doing that.

AGI: Have you got any ideas for your next book yet?

Ozeki: I have several; but I’m just not sure which direction I’m going to go in yet. I’m kind of thinking about them all and doing some reading. Right now I’m not willing to even talk about it because it almost feels like it’s too premature. I’m still in the mulling process.

AGI: Well whatever you eventually decide upon, I wish you the best of success. Thank you so much for your time!