AGI’s Asian London series continues with a look at Koreans in the capital….

While Koreans do not have as long of a history in the UK as other Asian communities – especially those from South Asia – they have made a sometimes overlooked contribution to British society in many ways. Of course, aside from kimchi and Gangnam Style, many British people are still unfamiliar with where Korea even is on a map. This is in spite of the UK’s participation in the Korean War 60 years ago when the country was divided into two, with the South becoming far weathier than the North, while the North is more well-known in the news these days for making aggressive threats. Some measure of recognition for the UK’s Korean War veterans was made earlier this month in the form of a small war memorial unveiled by Prince William and South Korea’s President Park Geun-hye who was making a state visit to the country (to celebrate 130 years of British-Korean relations). 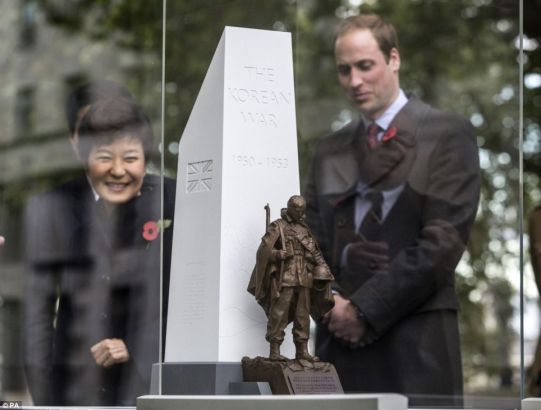 Not all of the Koreans in the Great Britain come from South Korea, though. An increasing number of North Korean defectors and refugees have applied as asylum seekers in London. The majority of Korean immigrants and expats, however, started arriving in the 1980s as workers of Korean companies like Samsung and Hyundai or in banking and finance.

Although there is some consensus that the largest Koreatown in Europe is located in New Malden (southwest London in the Royal Borough of Kingston upon Thames), it is not obvious to anyone who visits there that a large Korean population exists in the area. It looks much like any other London suburb. If we compare it with other major Koreatowns around the world (for example, in L.A. or Toronto), it does not have a distinct atmosphere with lots of Korean signage and so on. Yet estimates suggest that up to 20,000 people of Korean descent live in Kingston, with numerous Korean businesses operating in New Malden, including restaurants, supermarkets, travel agents, and hair salons. Korean Christians are served by several local churches. A Korean Food Festival is held at The Fountain Pub on Malden Road every July.

Significant Korean communities also exist in Golders Green, Swiss Cottage, and Wimbledon, with a mini-Korea town existing near Tottenham Court Road station behind the Centre Point building. This is a good place to go for reasonably priced Korean food (Seoul Bakery is the cheapest) and groceries (at the Centre Point Food Store). Close by at New Oxford Street you can also find a branch of the famous ‘Kimchee To Go‘, which serves hot pre-packaged food to busy workers on their lunch breaks.

One of the most important Korean institutions in London is the Korean Cultural Centre UK, located just a stone’s throw away from Trafalgar Square in the heart of Westminster. Since opening nearly six years ago, the centre has established itself as perhaps the most lively venue for any nation’s arts and culture in the capital. Hosting a wide range of activities and events such as art exhibitions, book launches, a ‘K-Pop Academy’, Korean language classes, and Korean Film Nights, the centre also houses an extensive library of books and films about Korea. Earlier this month, the KCCUK put on another successful London Korean Film Festival which is now a major annual event looked forward to by every fan of Asian cinema. If you would like to know more about it, please see AGI’s interview with Hye-Jung Jeon, the KCCUK’s Project Director. Curious what Londoners think about Korea? Watch this video by popular YouTube vlogger Josh (aka the ‘Korean Englishman’) – mostly in English with Korean subtitles, with some strong language in a humorous context.